HC gives guidelines on Section 498A, the process to be followed. NO routine arrest on mere allegations

HC gives guidelines on Section 498A


HYDERABAD: Finding fault with a woman who implicated the parents of her mother-in-law and the families of her husband's sisters currently residing abroad in a dowry harassment case under section 498 A of the IPC, the high court has issued certain guidelines to the state police to enforce the anti-dowry law. One of the main directions given is not to arrest the accused involved in dowry harassment cases without securing the permission of the district SP or any other officer of the equal rank in metropolitan cities.

Justice B Chandra Kumar pronounced this judgment while allowing a criminal petition filed by Syed Kaleemuallah Hussaini and three others seeking anticipatory bail in a dowry harassment case. In his order, the judge said that no accused should be arrested when the allegation is simple dowry harassment. "If arrest is necessary, the investigating officer should obtain the permission of either the SP or any other officer of the equal rank in metropolitan cities."

The judge directed the magistrates to ensure that no accused was remanded in judicial custody in a routine manner. When an accused is produced before the magistrate, the court should examine the matter judiciously and consider whether there are valid grounds for remanding the accused to judicial custody, the judge said. If arrest is not necessary, the police may complete the investigation and file a chargesheet before the court without arresting the accused, he said.

The judge made it clear that in the case of dowry death, suspicious death, and suicide or where the allegations are serious in nature, the police officer may arrest the accused and intimate the same immediately to the SP concerned. The judge ruled that no accused or witness should be unnecessarily called to the police station, and in case their presence is required for enquiry, they should be sent back immediately after completion of the process.

"During the investigation, if the officer is satisfied that there is an undue implication of a person in the case, then he may delete the names of such persons from the chargesheet after obtaining necessary permission from the SP or any other officer of the same rank", the judge said. "As soon as a complaint is received either from the wife alleging dowry harassment or from the husband that there is possibility of his being implicated in a case of dowry harassment, then, both the parties should be asked to undergo counselling with an experienced counsellor," the judge said and directed that the report of the counsellors should be made a part of the report to be submitted by the investigating officer to the court.

The judge also ruled that the SP in consultation with the chairman of the district legal services authority should constitute a panel of counsellors and details of such a panel along with their address and phone numbers should be made available at all the police stations.

Senior police officers should ensure that there are no complaints of forcible settlements or compromises made by the police. The advocates should play the role of social reformers and try to bring about reconciliation between bickering couples while dealing with such cases, particularly, where the couples have children, he said.

The judge in his order lamented that "it is most unfortunate that Section 498-A of IPC has become a weapon in breaking the families rather than uniting them."

He also said that there cannot be any doubt to say that there is dowry menace in the society. But, at the same time, it is also a fact that certain marriages are performed without any dowry. Due to ill-advice or under a wrong impression that the husband may come to terms if a dowry case is lodged, complaints are being lodged with the police, the judge opined. While directing the registry to mark a copy of this judgment to the DGP, justice Chandra Kumar wanted the DGP to issue necessary instructions to all the men under him in the state in this regard.


The Bombay High Court (HC) in an order last week upholding a divorce granted by the family court said that leaving the house of the husband to stay with parents without informing or taking the husband into confidence is a conduct against matrimonial duties and amounts to cruelty.

The division bench of Justice D B Bhosale and Justice R Y Ganoo was hearing an appeal filed by a wife against a family court order of 2005 granting divorce to the husband.

The couple got married in 1996 and started staying in Chembur. In 2001, the husband moved the family court seeking divorce on grounds of cruelty.

The family court granted the divorce and the wife then appealed to HC saying that the husband could not establish cruelty and thus the judge has erred in granting divorce on grounds of cruelty.

The HC in its order took note of instances of cruelty cited by the husband. The husband said that she would abuse him and his parents in filthy language, insult him publicly on the streets, not allow him to go to work,  left early in the morning  and would return late at night and when requested  to prepare food she would refuse to do so.

The husband said that she was hot-tempered and was also in the habit of leaving the matrimonial home without informing him.

She would also threaten to damage electrical appliances and household articles. The husband mentioned that on certain occasions she assaulted him and he had to take medical treatment. It was also his case that owing to her quarrelsome behaviour his reputation in the society was damaged.

The wife on the other hand denied all his allegations, saying that it was the husband who was treating her cruelly. She told the court that despite his cruel nature, she was living with him.

She said that the husband picked up quarrels with her and filed the petition for divorce without any basis and thus the HC should reject the divorce granted by the family court.

The HC however, upheld the divorce and dismissed the appeal filed by the wife. The court took into consideration all the evidence put forward by both the parties to support their case. The court said that the Family Court Judge was right in observing that the wife’s behaviour amounted to cruelty.

The court in its order stated that the husband had filed complaint to the Social Service Wing of Mumbai Police narrating as to how the wife abused him.

“In the normal course, if the behaviour of the appellant (wife) was proper, there was no reason for the respondent (husband) to make any grievance to the Social Service Wing of the Mumbai Police making a request to look into the matrimonial dispute,” said the judges.

While rejecting the wife’s claim that she had filed complaints to the police the HC said: “She has not produced any document to show complaints with the police or even medical treatment given to her.

This will clearly go to show that the appellant (wife) came out with the false case about having filed complaints against the respondent (husband).

The court further gave weightage to the fact that even the occupants of the building had observed that she was picking up fights with her husband without any reason. The husband supported his case with letters and complaints filed on various occasions.

The court further referred to an intervention made by the Shakha Pramukh of Shiv Sena. The parties were called at the Shakha to resolve the matrimonial dispute.

“Even the Shakha Pramukh had visited house of the appellant and had told her to reconcile and stay with the respondent. This would clearly go to show that even respectable persons in the locality were convinced that the behaviour of the appellant required change,” said Justice Ganoo and Justice Bhosale.

Monday, Jan 20, 2014, 6:53 IST | Agency: DNA
Grants divorce to man who accused wife of frequently going to her parents' place without his permission. 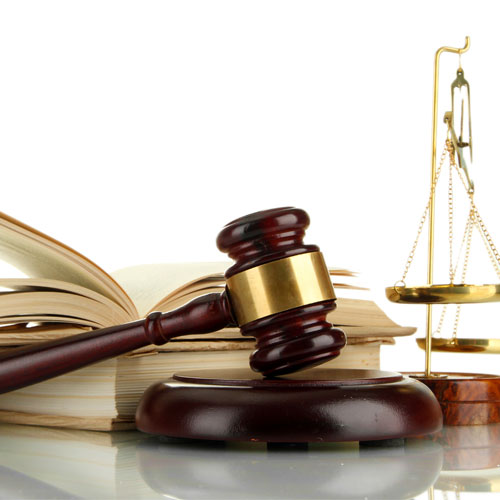 
If a woman leaves her matrimonial home regularly without her husband’s permission or on false pretexts, it amounts to desertion and cruelty to the man as he would be deprived of marital bliss, observed the family court recently while granting divorce to a couple.

The couple married in 2007 and have a daughter, whose custody has been given to the mother. The man had approached the family court, seeking divorce in his petition. He alleged that right from the beginning, his wife never made any attempt to get herself know her in-laws.

“Even after 15 days of marriage instead of mixing up and knowing the family members, the respondent preferred to go to her parental house without information/permission of the petitioner. Such conduct of respondent continued thereafter,” stated his petition.

The husband further alleged, “He tried his level best to continue relations but there was no change in the behaviour of respondent.” After going through the arguments and affidavit filed by the husband, the court issued notice to the woman. Since there was no response from her side, the court passed on an ex-parte order.

The court noted that “The parties are young. They are supposed to spend maximum time with each other. Particularly, after the birth of their daughter. It can be inferred from the evidence that even though the petitioner was not at all fault, the respondent deprived him from marital bliss without any justifiable reason.”

Further it said “Even if there are disputes/ differences between the married couple those can be solved by taking initiative. Miscommunication/ misunderstanding creates distance in the relation.
Normally the guilty spouse either takes aggressive stand and/or keep silent. The conduct of the parties can be inferred from the pleadings and evidence. It clearly shows that the respondent deserted the petitioner for a long time. The desertion amounts to cruelty.”

The court granted divorce and directed the man to pay a monthly maintenance of Rs 1,500 to the minor child.

Source - http://www.dnaindia.com/mumbai/report-leaving-hubby-often-is-cruelty-court-1953827
Posted by manthan at 12:25:00 AM No comments: Links to this post