China tries to stop women marrying for money, rather than love

China tries to stop women marrying for money, rather than love 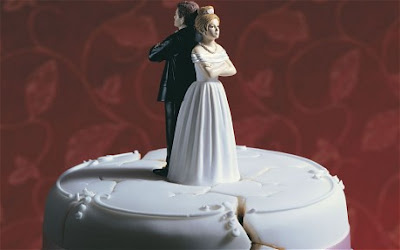 With divorce rates soaring, and widespread worries about a new culture of hyper-materialism, the Chinese government is now trying to stop women marrying for money.


In China's booming cities, prospective husbands are now routinely vetted about whether they own a house, and preferably also a car, before a match can be agreed. Tying the knot without a house as part of the deal is jokingly called a "naked marriage" and widely thought to be a risky choice.
"I would choose a luxury house over a boyfriend that always makes me happy without hesitation," said one 24-year-old contestant on If You Are the One, one of China's most popular television dating shows. "And my boyfriend has to have a monthly salary of 200,000 yuan (£18,900)," she demanded.

In a bid to temper the rising expectations of Chinese women, China's Supreme Court has now ruled that from now on, the person who buys the family home, or the parents who advance them the money, will get to keep it after divorce.

"Hopefully this will help educate younger people, especially younger women, to be more independent, and to think of marriage in the right way rather than worshipping money so much," said Hu Jiachu, a lawyer in Hunan province.

The ruling should also help relieve some of the burden on young Chinese men, many of whom fret about the difficulty of buying even a small apartment. China's huge property bubble has driven property prices in Shanghai up to £5,000 per square metre when annual salaries average just £6,000.

http://www.telegraph.co.uk/news/worldnews/asia/china/8714097/China-tries-to-stop-women-marrying-for-money-rather-than-love.html
Posted by manthan at 5:05:00 PM No comments: Links to this post